Speaking on the various factors fundamental to the development of Pakistan’s nuclear bomb Dr. Qadeer Khan said independence and trust in the team were vital.

Dr.  Hijazi in his keynote address focused on the “industrialization failure” in Pakistan. He said that the imported car manufacturing units have raised the burden on the import bill. He proposed that domestic electric motorcycle plants be established through the private sector to convert engines of approximately 33 million motorcycles to save on imported petrol. He added that Pakistan needs to go for small water reservoirs instead of large dams as solar power is becoming cheaper than hydel power. 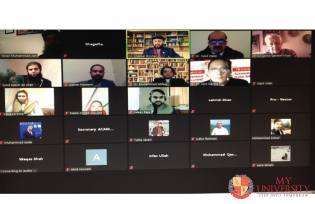 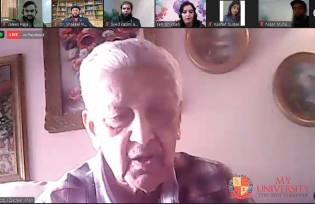 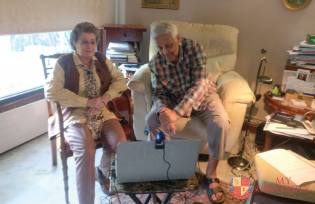